Hi guys! It’s been a long time and I always say a lot is going on and the truth is a lot IS going on! Our lives changed on April 30th of this year when I took a home pregnancy test and it came back positive!

Being pregnant has not been the easiest for me and there are a lot of emotional ups and downs, but I can’t wait to meet our baby in January (or maybe even late December? We’ll see!)

I wanted to share how we found out and how the 1st and 2nd trimester went for me. I’ll recap on the 3rd obviously later. But there is soooo much to cover!

This isn’t really a super special story of any kind and I didn’t make any surprise announcement for Aaron – he basically found out right when I found out. So we were able to share that moment together.

But a little bit of background…

I had been running a lot and going through some more intense training than I had ever really put myself through, so it was normal for things to be “late.” It had happened before where I took a test that came back negative so I just thought it would be the same in this case. I didn’t get my hopes up or anything and I definitely wasn’t mentally prepared to see a positive at that point.

I took the test and literally as the results were showing up Aaron walked in the door. I was so shocked – I didn’t actually think it I would be pregnant. I kind of started having a mini panic attack and Aaron rushed to the bathroom to make sure I was okay. I handed him the test saying “I think we’re pregnant. Does the plus sign mean we’re pregnant?!?” Aaron was so happy and was like “I don’t know I’ve never read one of these before,” and he started fumbling through the instructions from the box. We both agreed (after going through the instructions on the test again) that we were definitely pregnant, even though the line was pretty faint.

I had no idea how far along I was. My guess was 6 weeks but then later after confirmation from the doc I was actually 4 weeks when I took the first test. I ended up taking another test at 5 weeks and the line was definitely darker.

Anyways, when we had our initial doc appointment with an ultrasound, there was definitely a little human growing in there. And we fell in love with our little right away!

First of all I just want to say I ran a freaking half marathon personal record when I was 5 weeks pregnant! I found out about the pregnancy the week before, which was a huge mental disadvantage for me, but I’m so proud of myself for this accomplishment! #babysfirstrace

Symptoms: As far as symptoms during the first trimester I consider myself very blessed. I never threw up or had morning sickness. #score

I would say the main symptom I experienced was fatigue. I took a TON of naps. Also had some dry heaving when I ran, but learned that I needed to eat a certain amount of food before a run to avoid this.

Food Aversions: Sweets and desserts in general. All of the sudden I just never wanted chocolate or sweets of any kind. Aaron and I usually share some dark chocolate at night and I just couldn’t do it.

Food Cravings: Greek Yogurt, Cottage Cheese, Beef Jerky, Cheez-It’s. These were the main foods that I just always felt like I needed. My most intense craving was for Cheez-It’s, which is the weirdest because I haven’t had Cheez-It’s since like 5th grade.

Sleep: I slept all the time during the first trimester. Sleep was never really an issue.

Boy/Girl Suspicions: Boy. I think all the beef jerky cravings are what made me think this.

Running: Still ran, kind of backed off a little after my half marathon and just ran to run. Not training for anything specifically.

Symptoms: Overall felt good during the 2nd trimester. I’d say weeks 18-25 were the best out of the whole pregnancy. Started to get some sciatica pain after running so had to ease back and started to walk a lot more.

Food Aversions: All meat. I had a bad experience with chicken when we ate out in Colorado around week 17 and just couldn’t eat any meat after that.

Food Cravings:  No food cravings during the 2nd trimester.

Sleep: Sleep was great. I think I had a couple nights were I had a few hours of insomnia, but nothing too terrible.

Boy/Girl Suspicions: Neither – I had no idea and kept going back and forth. We also decided to leave the gender a surprise and not find out until baby is born.

Running: Had some sciatica pain issues after running so really scaled back and started walking way more. I also started getting pre-natal massages monthly during the 2nd trimester. This helps a lot! I highly recommend!

So that’s the recap of my pregnancy so far. I only have 9ish weeks to go right now and I honestly can’t wait to be done and just meet our little! 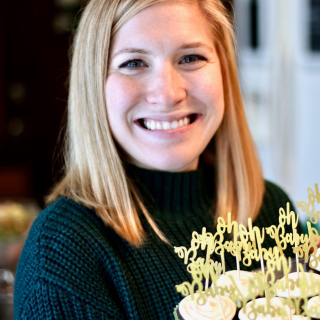